Their rise in the auction season under COVID-19—is it an accidental break in or an outbreak after accumulation?

In the auction season under the COVID-19 in 2020, in addition to David Hockney, San Yu and other veteran artists who have achieved good results, there are also a number of rising stars to be dazzling. It is natural for collectors to pay close attention after auction to the "breaking-in" of most prominent new players by accident or "breaking out" after the accumulation of the market. Today, ArtPro focuses on several young artists who have performed well in the spring auction and takes you to review their price fluctuations in the market in the past decade. (We use price index to measure the change of artists' price level.)

Chen Fei is one of the most outstanding artists among the post-80s generation in China. From 2020 till now, Chen Fei has 6 works presented in four auction houses in three regions, and all of them have been sold.

The total tally in 2020 will reach the highest level in seven years, and the price index will continue to rise for two years 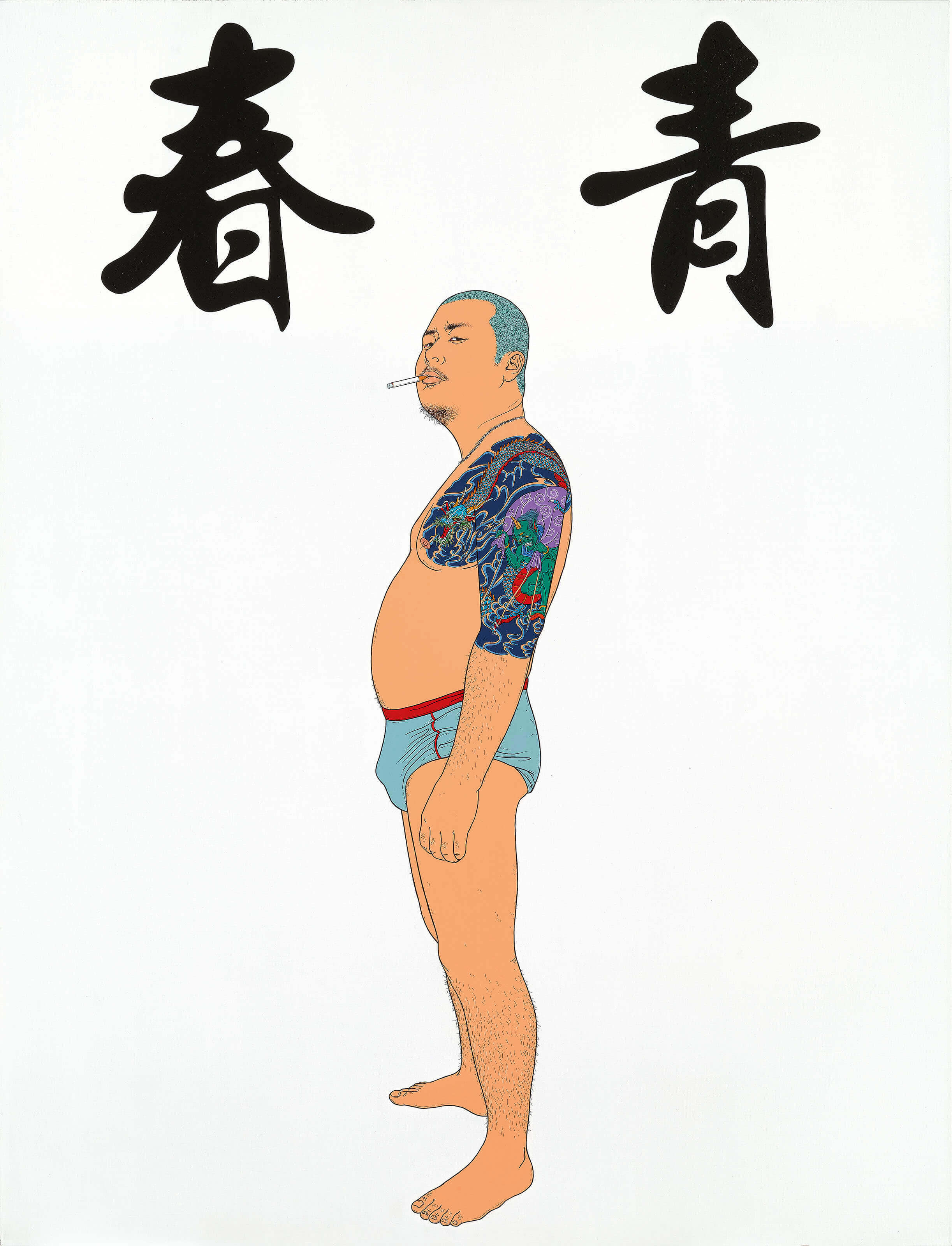 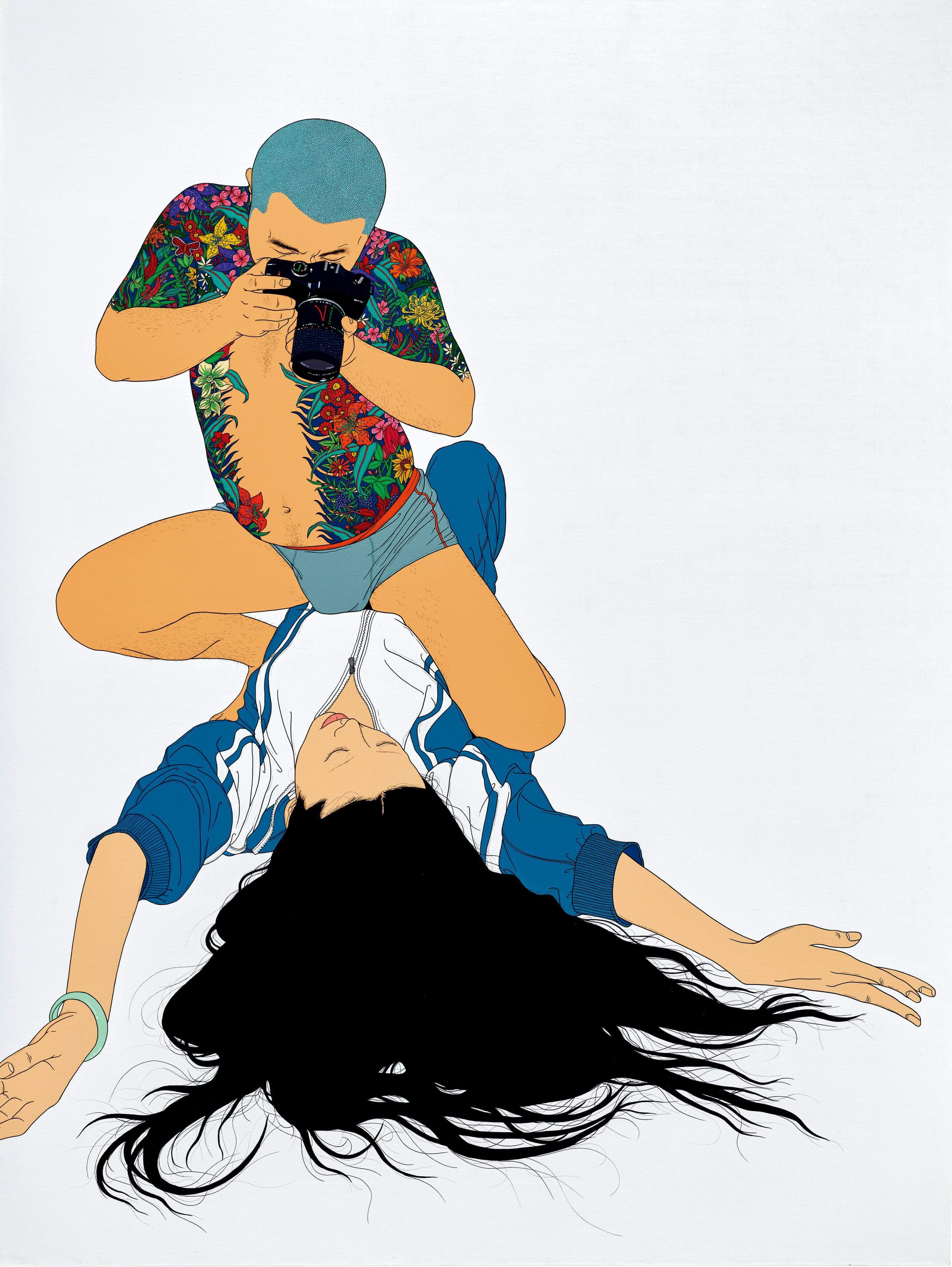 On July 11, in Christie's Hong Kong, the oil painting Youth Series – Male was estimated at HK$450,000-650,000 and sold for HK $19,375,000, making it into the Top 5 list of Chen Fei's representative works. On the second day, in Poly Hong Kong, the larger size Bad Uncle - Tribute To Michelangelo Antonioni won the bidding price of more than 30 collectors in the auction, and the harvest was HK $3.835 million, which became Chen Fei's second highest lot at present. In 2012, Chen Fei participated in the shortlisted exhibition of "Focus on Future Art Talents" held by Today Art Museum and Martell Art Foundation, and held an individual exhibition in London, UK. In 2013, his work Ambition broke Chen Fei's personal record with RMB 5.42 million in Sotheby's Beijing, and has been maintained to now. This work has refreshed Chen Fei's auction price six times overnight, greatly raising its market level. Since then, after several years of market digestion, Chen Fei's price index has finally broken through the previous peak in the first half of 2020, and the turnover has reached the highest level in seven years.

Huang Yuxing is a representative artist of China's post-70s. He often gives people a strong visual impression by superimposing color and brush strokes. Since 2018, he has set his auction record five times and set a new record three times from April to December last year.

Five personal auction records have been refreshed in three years, and the price index continued to rise for six years 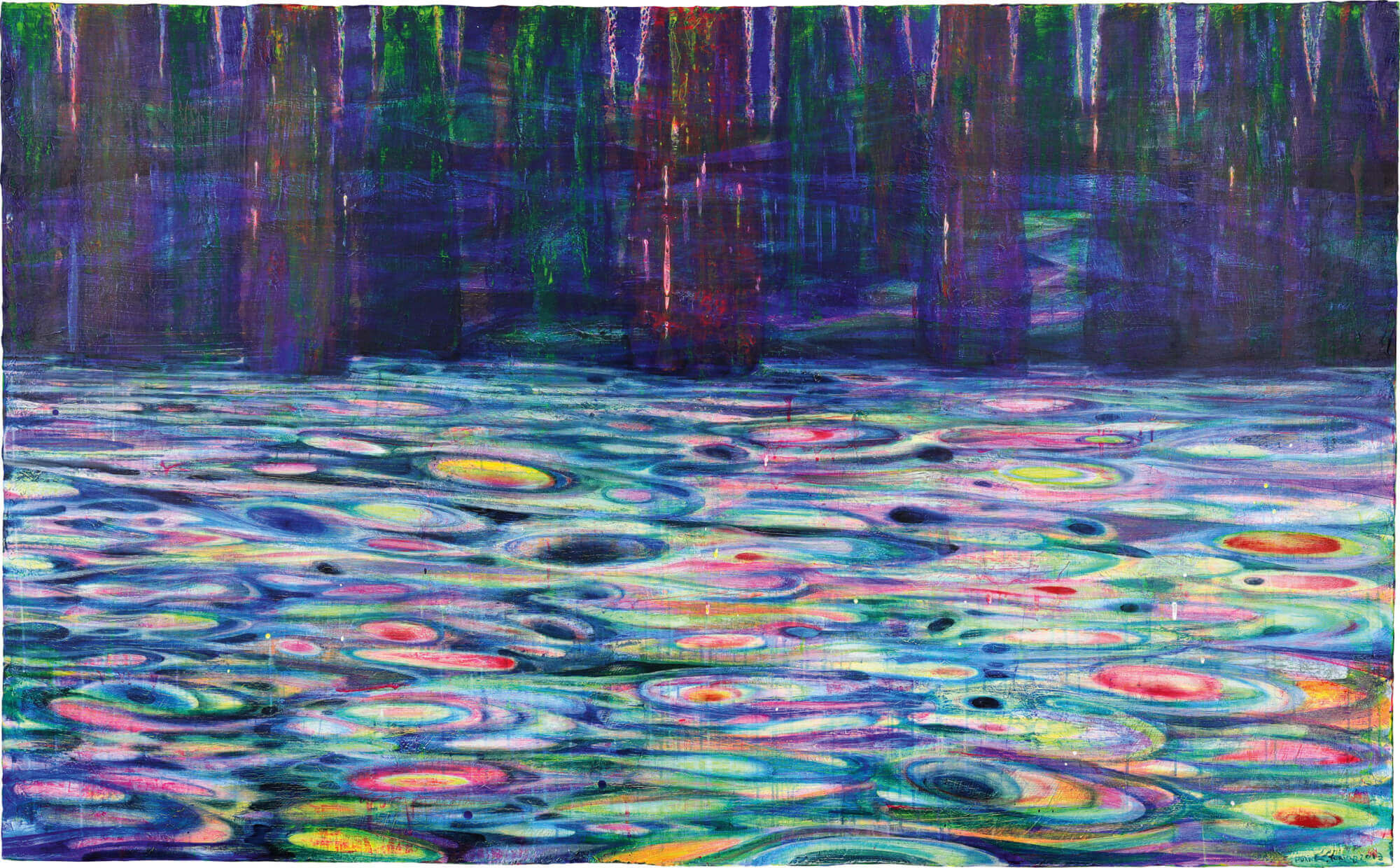 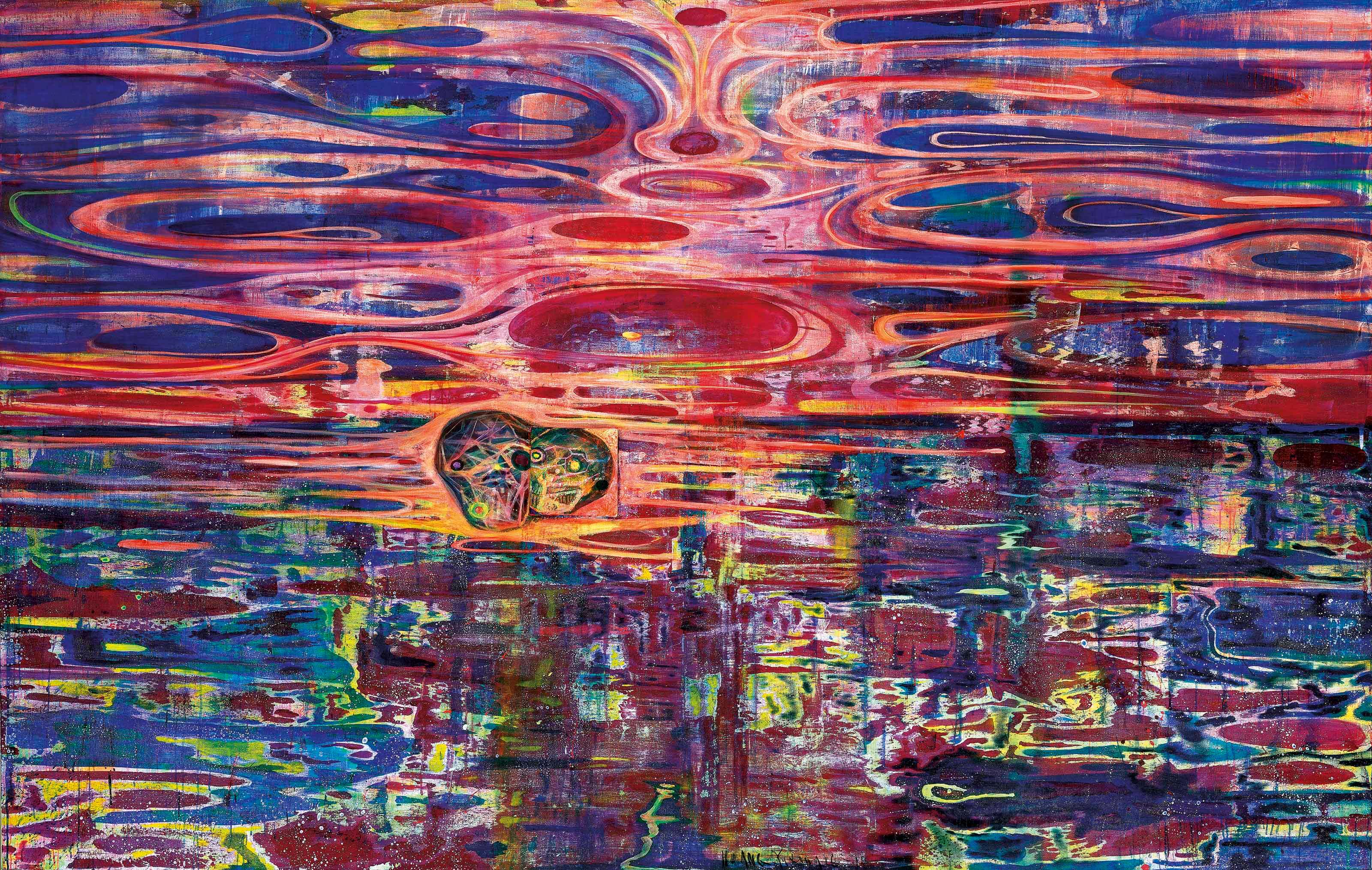 On July 9 of this year, the oil painting River was sold at an over-high-estimate price in the day sale of Phillips Hong Kong. Then on the second day at Christie's Hong Kong night sale, the larger oil painting Enlightening triggered a fierce bidding from nearly 70 collectors, making it the Top 1 lot of Huang Yuxing with HK $8.645 million. The turnover of Enlightening is nearly four times that of the previous top 1 artwork. According to the ArtPro database, Huang Yuxing has been active in the auction market since 2006, but his early trading performance was mediocre. In 2015, the dealing of Huang Yuxing’s works changed, and the price index of his works began to climb year after year. In 2020, his price index continued to rise and showed a sharp increase.

Chen Ke is a contemporary Chinese female artist. Influenced by Japanese and Korean cartoon art, her works integrate western classical oil painting and Chinese traditional painting techniques, providing the possibility for the development and construction of Chinese young "Cartoon Generation" art. In 2020, Chen Ke's works have been auctioned in Beijing and Hong Kong, and all of them were sold.

After six years, the price index fell to a low point and then rebounded again 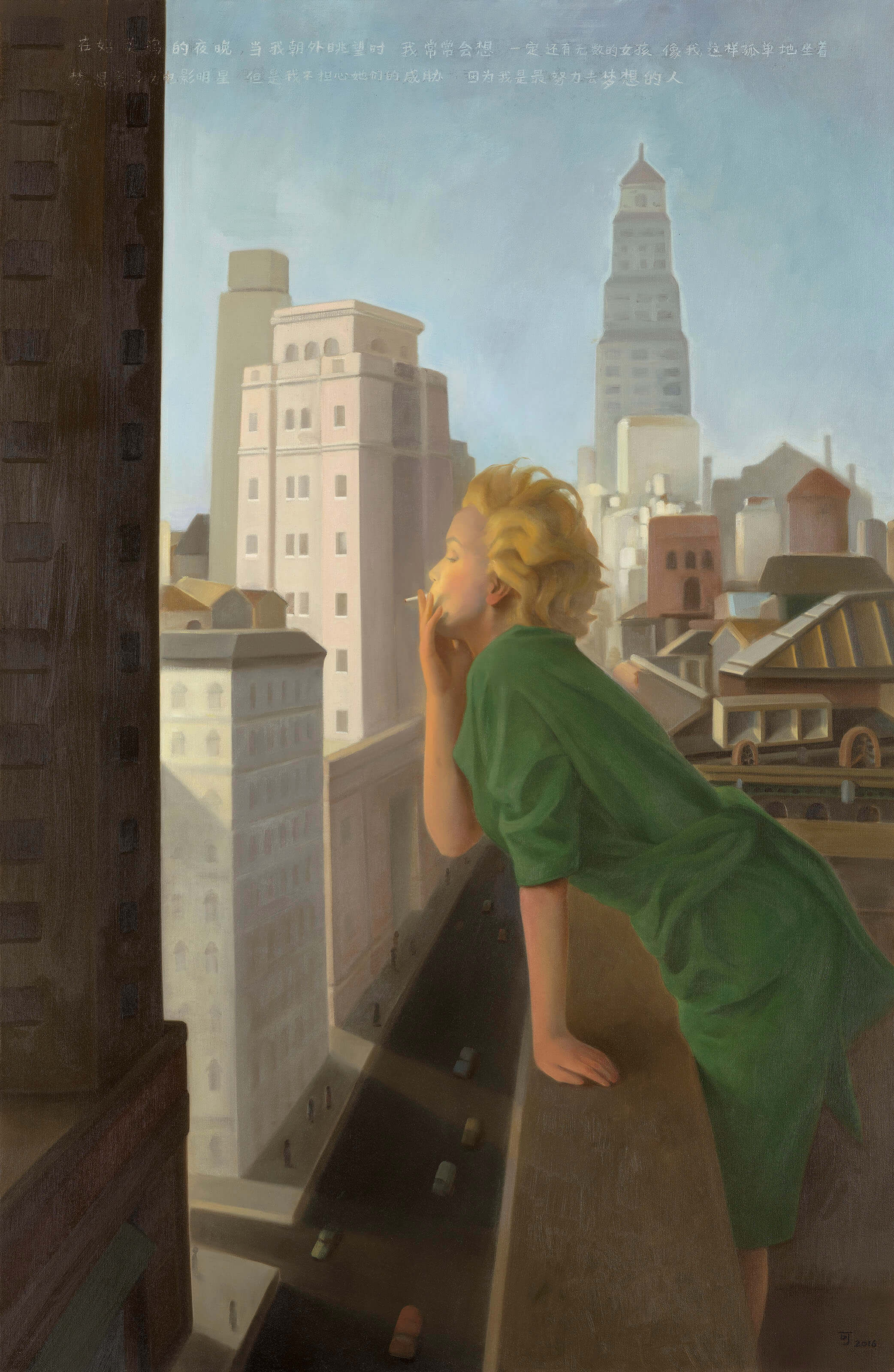 From 2010 to 2014, Chen Ke's price index rose slowly. In 2014, his oil painting Planting trees topped the list with 2.2175 million yuan in Council Beijing. Since then, Chen Ke's market has experienced ups and downs, with turnover falling, and the price index has fallen to a 10-year low point in 2019. In the first half of 2020, Chen Ke's market has sprung up again. Does this mean that the market has a new orientation and understanding of the value of Chen Ke's works?

In recent years, the Japanese contemporary artist, Ayako Rokkaku has attracted much attention from the market. She uses improvisational graffiti to construct the future world with dream characteristics, and her works are of her own style. Up to now in 2020, there are 25 pieces of Ayako Rokkaku were auctioned and 24 pieces have been sold. The turnover of the sold works has exceeded the estimating price range, and the rate of over-low-estimate rate is as high as 500%.

Personal Top1 has been updated twice within 7 days, and the price index has soared in the past two years 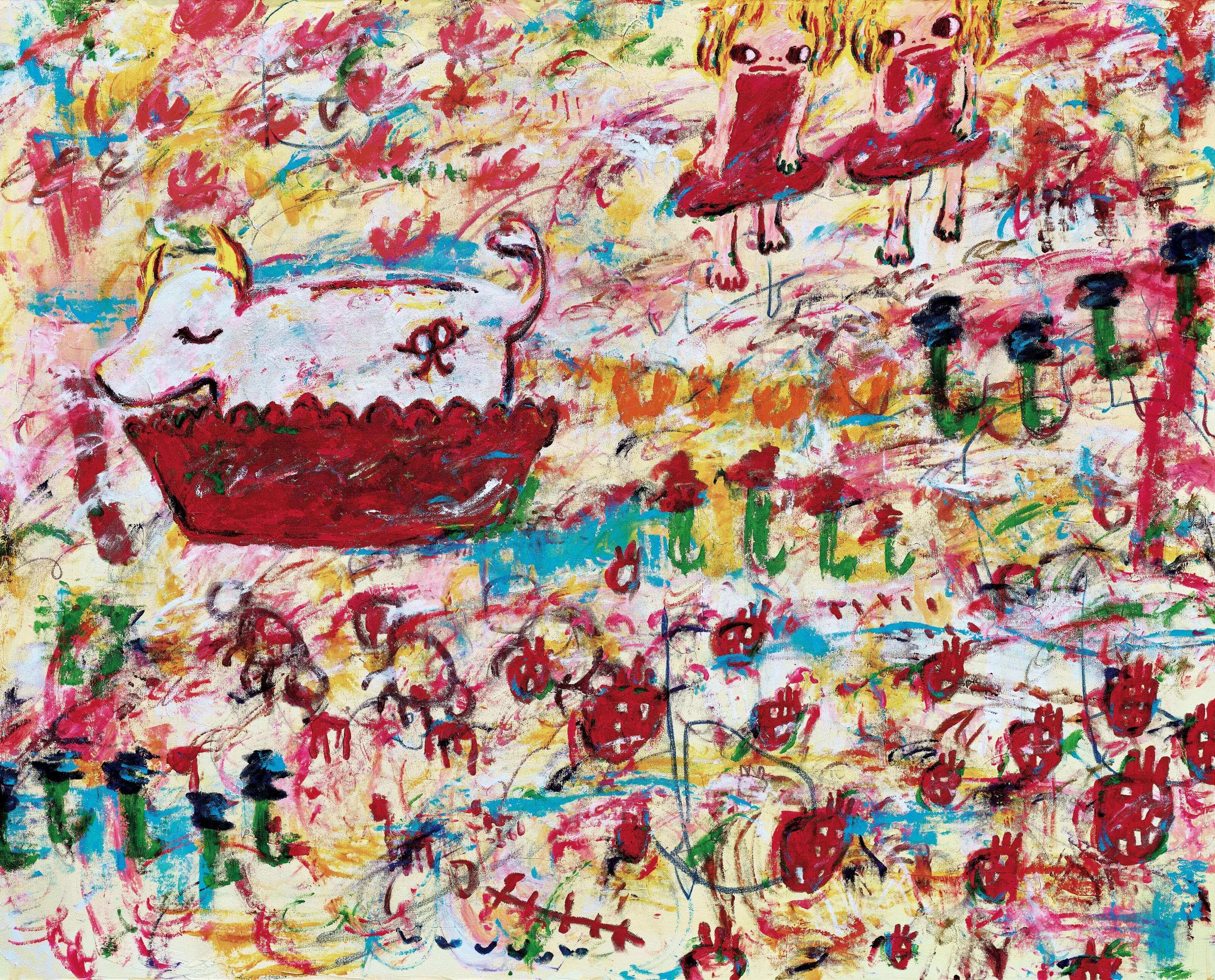 Looking at the Top 5 most expensive deals of Ayako Rokkaku, four were updated within 10 days. On July 12, at Poly Hong Kong, the price realised of A Cow In The Bath was HK$ 1.77 million (228,314 US dollars) to refresh the Top 1 of Ayako Rokkaku. Seven days later, a small edition of Untitled was sold for NT $7.2 million (US $233,280) in Ravenel Taipei, breaking the personal record for Ayako Rokkaku once again. Ayako Rokkaku’s works entered the auction market very early, but the turnover did not increase significantly from 2010 to 2017. Until 2018, the turnover of Ayako Rokkaku has leaped in magnitude, and the market deals have increased significantly. In 2019, with the rapid refresh of the list of works, the price index of works has also been greatly promoted. In the auction season of 2020, Ayako Rokkaku continues to be sought after by the market, and the price level of her works has reached a new level.

Adrian Ghenie is a young artist active in the international art world in recent years. His paintings are bold and powerful, full and gorgeous in color, showing a special texture and tension to the viewer.

In 2020， the artist’s personal Top list has been updated twice, the price index returns to its peak in 4 years 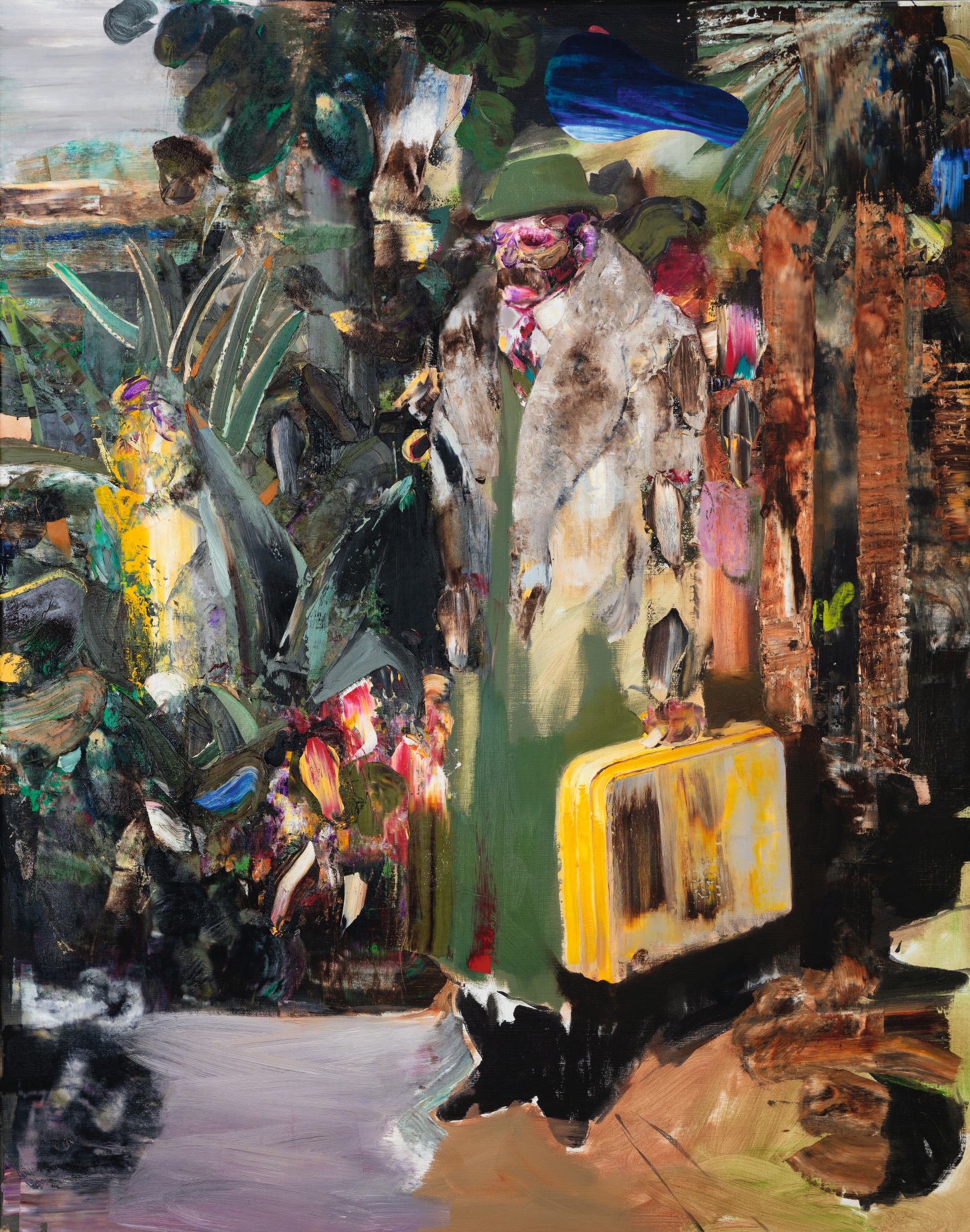 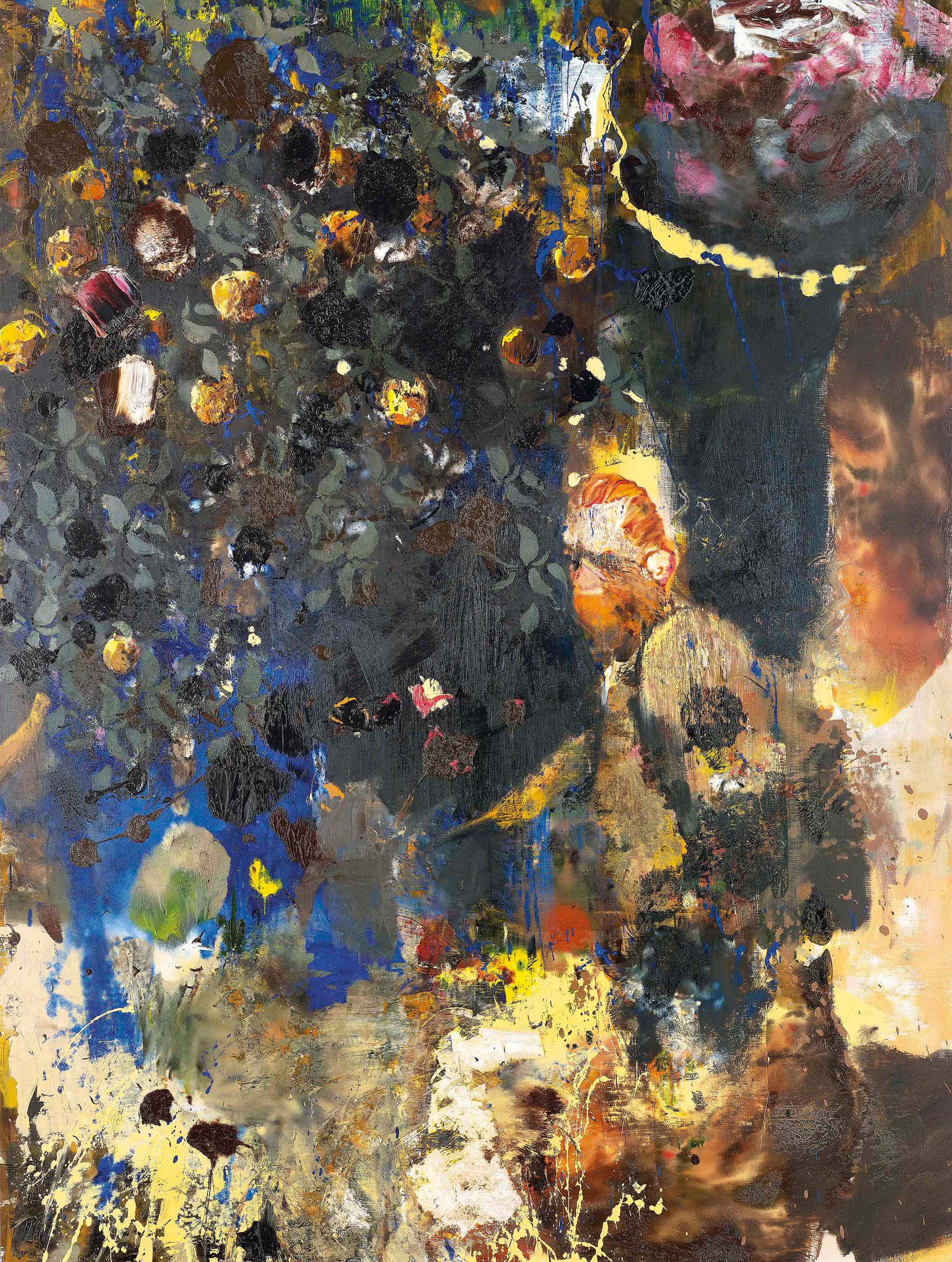 In February of this year, in Sotheby's London's Contemporary Art Evening Auction, Adrian Ghenie's personal most expensive work The Arrival was updated with 4.18 million pounds, and on July 10, Christie's Hong Kong, On The Road To Tarascon 2 was sold for HK $33.725 million, updating the Top 6 list of his individual works. Adrian Ghenie’s works have been auctioned since 2011. In 2015, he participated in the Venice Biennale on behalf of Romania, which attracted wide attention. In October 2016, he broke the personal auction record at a high price of 7.109m. Since then, prices have fallen, but turnover has risen compared with earlier years. Up to this year, none of his works has broken through the previous high, but the price index has risen again, which is the same as that in 2016.

In addition, there are many new artists sprouting up overnight in the spring auction series. For example, Hao Liang, a post-80s Chinese artist, appeared on the auction field in 2012 and has been breaking his own auction records in Sotheby's in three consecutive years. In Sotheby's day sale, there was also a work called The Seven Sages From The Bamboo Grove sold at a price more than twice of the estimate; the Canadian post-80s artist Wang Junjie's six works were all sold higher than the estimates, with an over-low-estimate rate of 400% - 2400%; Javier Calleja, a post-70s artist in Spain, renewed his personal record; Nicolas Party, a Swiss artist born in the 1980s, continued to work hard after setting his own record last year.

Market replacement is common, and the new stars emerging in 2020 are particularly eye-catching due to the COVID-19. They are enriching the vitality of art in the market. So, who will become a phenomenal figure in the auction arena? ArtPro will pay attention to it together with you.

Related Items
Market Competition under Unusual Times: Who soars up against the trend or falls downward with the trend?
24 Fri 2020, 18:00